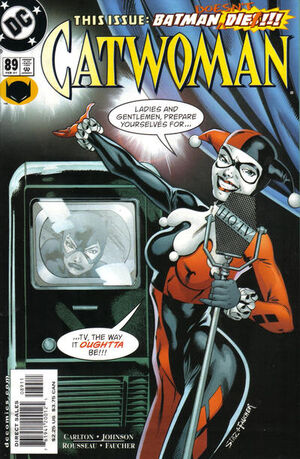 While repeating the "new" story the production company comes up with, the Producer calls Catwoman "Selina", though that name was never mentioned by Harley.

Retrieved from "https://heykidscomics.fandom.com/wiki/Catwoman_Vol_2_89?oldid=1674288"
Community content is available under CC-BY-SA unless otherwise noted.