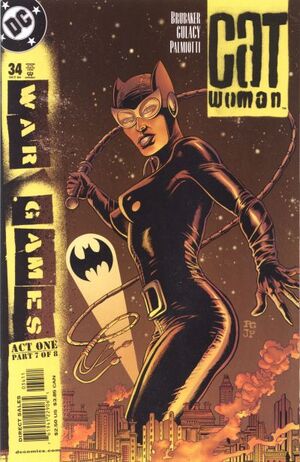 On his computer, in the cave, Batman has a bunch of plans. Like ways to wipe out crime in Gotham, if worst ever came to worst, I guess. Like contingency plans or something. And I stole one of them.

Retrieved from "https://heykidscomics.fandom.com/wiki/Catwoman_Vol_3_34?oldid=1506948"
Community content is available under CC-BY-SA unless otherwise noted.