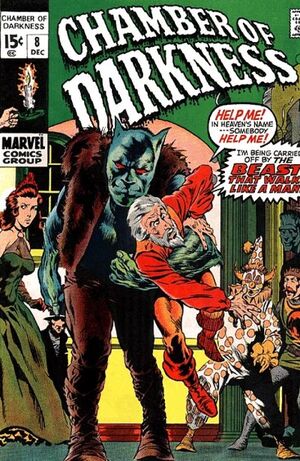 Synopsis for "Believe It... Or Not"Edit

Johnny Boone was flyiing a top secret spy jet over the Soviet Union taking photographs when he got caught in the worst electrical storm he ever saw. His plane was struck by lightning melting all of his instrumentation. Just before the plane crashed Boone ejected, landing in Moscow. He was suprised to find the streets of the city so empty, until he was approached by one man who knew his name and told him to come with him. Johnny ran before realizing that he never did survive the plane crash and that this was the spectre of death coming to help him find his way.

Synopsis for "The Beast That Walks Like a Man"Edit

Unknown to the people of Earth, Mars and Jupiter had been at war for years. The Martians were informed that an Earth scientist had discovered a weapon that was more powerful than either the atomic or hydrogen bomb. They sent Ogor to Earth to capture the scientist in order to learn his secrets. Ogor located the scientist but was overpowered by the Earth man, who then dragged Ogor onto his own ship and flew away. Ogor was astonished by how easily he was defeated by a human. The scientist then took off his clothes to reveal that he was in fact Zeno, a spy from Jupiter who was assigned the task of acquiring a live martian speciman.

Retrieved from "https://heykidscomics.fandom.com/wiki/Chamber_of_Darkness_Vol_1_8?oldid=1419050"
Community content is available under CC-BY-SA unless otherwise noted.