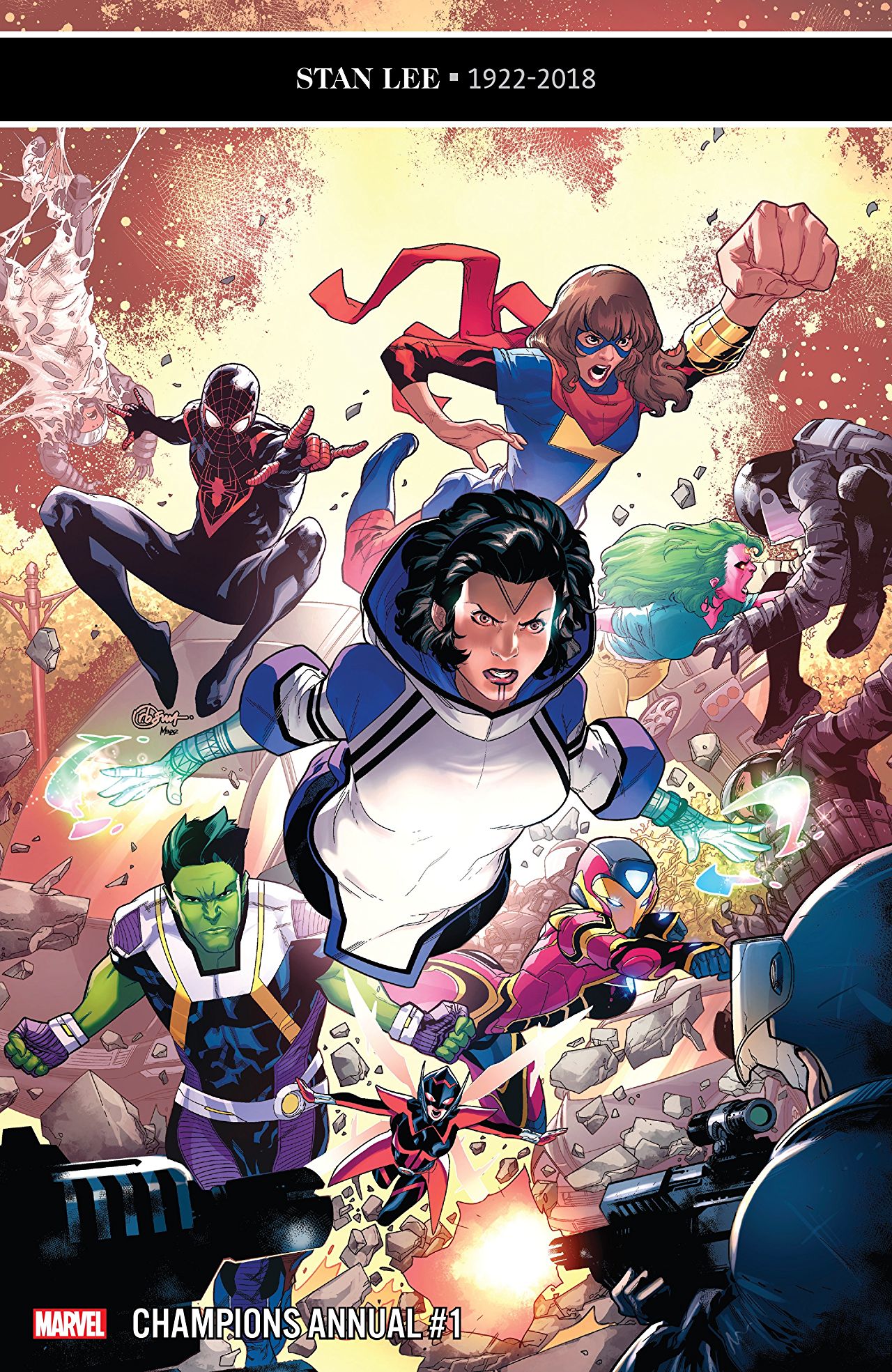 The spirits of the North stir and Snowguard must answer their call! Amka Aliyak’s past and present collide as she strives to understand the power she’s been given and where she belongs. Take a deep dive into Marvel’s newest young hero in this special supersized Champions issue!

Retrieved from "https://heykidscomics.fandom.com/wiki/Champions_Annual_Vol_1_1?oldid=1652138"
Community content is available under CC-BY-SA unless otherwise noted.