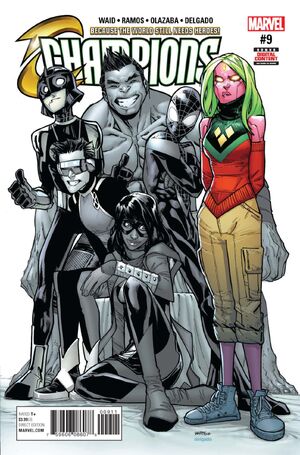 Appearing in "Who Is The Red Locust?"Edit

• Casting a spotlight on young synthezoid Viv Vision! After what became of her family, she willingly shut down her emotions — but does that come with a price to pay?

Retrieved from "https://heykidscomics.fandom.com/wiki/Champions_Vol_2_9?oldid=1652111"
Community content is available under CC-BY-SA unless otherwise noted.