Part of the 'Beat the Devil' story arc 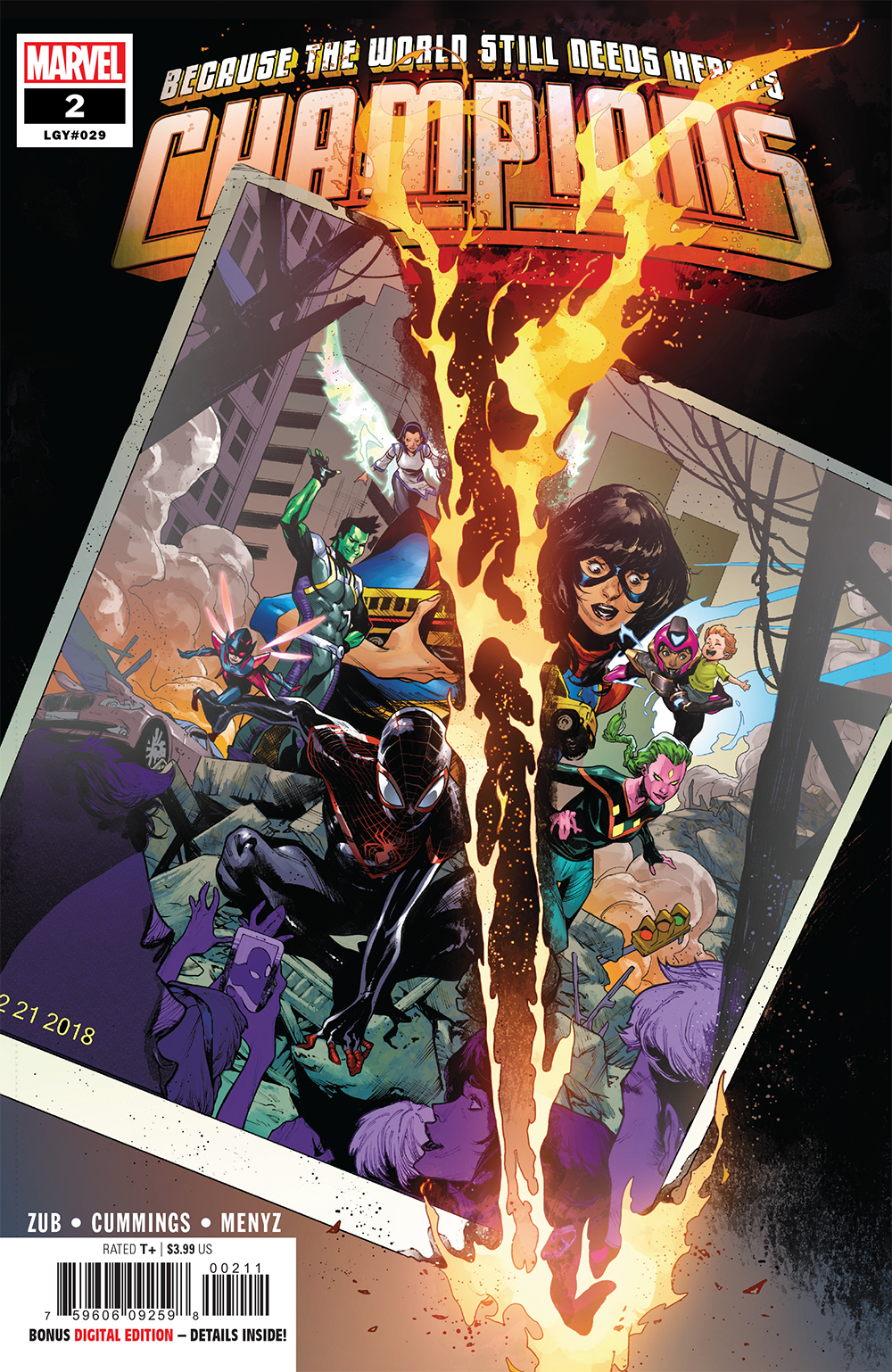 Appearing in "Beat the Devil, Part 2: Free and Clear"Edit

• When the dream is at stake, everything you believe in and have fought dearly for, what would you be willing to sacrifice to keep it alive?

• One of the Champions has made a choice that will haunt them for the rest of their days… And now the villain behind that decision has everything they need to shatter the next generation of heroes.

• Jim Zub (AVENGERS: NO SURRENDER, UNCANNY AVENGERS) and Steven Cummings (Wayward, Legends of the Dark Knight) take the Champions into uncharted territory, and the team will never be the same.

Retrieved from "https://heykidscomics.fandom.com/wiki/Champions_Vol_3_2?oldid=1652187"
Community content is available under CC-BY-SA unless otherwise noted.