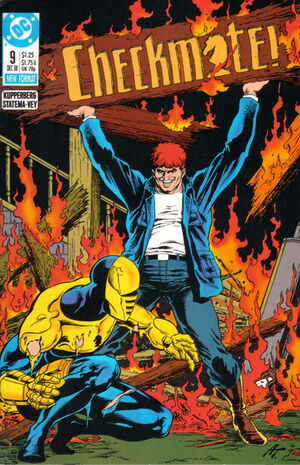 Checkmate begins investigating a counterfeiting ring who have stolen printing plates from the Treasury Dept. They send Knight Roger Dayton to track down and destroy the counterfeiters stronghold, but he runs into trouble when he tackles a muscle-bound criminal named Claymore.

Retrieved from "https://heykidscomics.fandom.com/wiki/Checkmate_Vol_1_9?oldid=1508345"
Community content is available under CC-BY-SA unless otherwise noted.