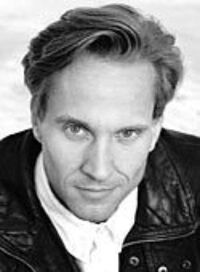 Born Chuck Beckum, this writer/artist collaborated on several projects before working for Marvel. Those projects include a brief stint drawing the legendary Miracleman comic book, storyboarding for Mike Judge's King of the Hill animated TV series on Fox, creating the SciFi channel CGI series Tripping the Rift, running the art department at Slave Labor Graphics, and producing his own adult comics Strips and WorldWatch.

Beckum started at Marvel as an artist on Elektra and writer/artist on U.S. War Machine. Such early successes led to higher-profile assignments on Captain America and Exiles, which led in turn to work on Marvel's flagship X-Men franchise.

During this period, due to family friction, Beckum changed his last name to Austen. Another source of friction arose from readers, who loudly protested Austen's disregard for continuity and use of mature themes. Others praised his skill at characterization and willingness to take risks. The controversy apparently became too much for management, who fired Austen in 2004.

Retrieved from "https://heykidscomics.fandom.com/wiki/Chuck_Austen?oldid=1537823"
Community content is available under CC-BY-SA unless otherwise noted.