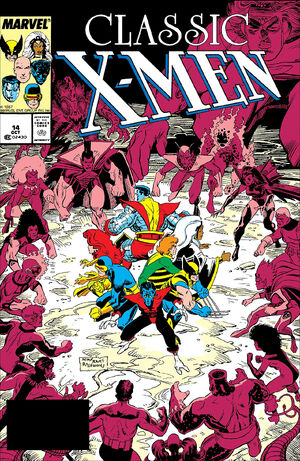 Synopsis for "What Stuff Our Dreams Are Made Of..."Edit

The reprint includes three new pages with additional material. For a synopsis of what was added:

Retrieved from "https://heykidscomics.fandom.com/wiki/Classic_X-Men_Vol_1_14?oldid=1639902"
Community content is available under CC-BY-SA unless otherwise noted.