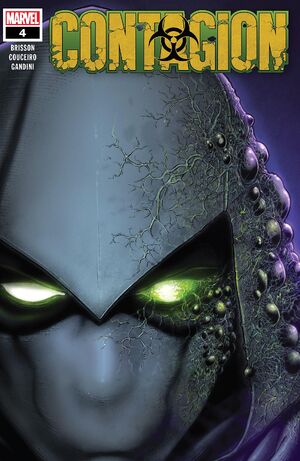 The fungus is eating away at the infected. There's no way for me to stop it, it's infused with magic I haven't seen before.

Retrieved from "https://heykidscomics.fandom.com/wiki/Contagion_Vol_1_4?oldid=1675951"
Community content is available under CC-BY-SA unless otherwise noted.