Start a Wiki
Part of the 'Convergence (Event)' event 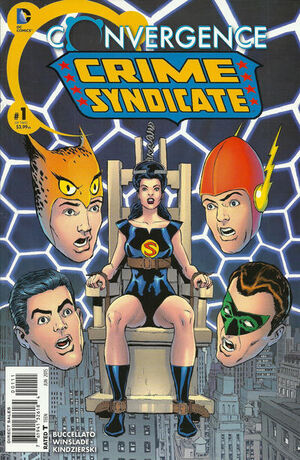 With all of the powers in out hands, WE chose the easy way out. Those "do-gooders" were heroes on their world...and we were the cowards of ours. We were the backward ones.

Retrieved from "https://heykidscomics.fandom.com/wiki/Convergence:_Crime_Syndicate_Vol_1_1?oldid=1506200"
Community content is available under CC-BY-SA unless otherwise noted.