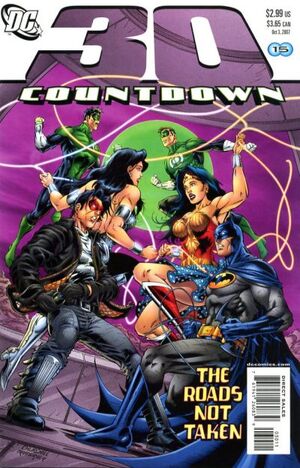 Synopsis for "The Origin of General Zod"Edit

General Zod was a military leader on the planet Krypton and was the descendant of a long line of military men including Admiral Dru-Zod. When the scientist Jor-El warned the Kryptonian Science Council of their home world’s imminent destruction, Zod was one of the few who believed him. Repulsed that the Science Council ignored Jor-El's warnings, Zod, along with his colleague Non and lover Ursa, led an insurrection against that ultimately led to their capture. Ironically, it was Jor-El who was chosen to serve as Zod's jailor. Seeking a more humane alternative to the death penalty, Jor-El imprisoned the three insurrectionists inside of an insubstantial null reality known as the Phantom Zone. Inside the Phantom Zone, Zod, Ursa and Non survived Krypton’s destruction. As years passed, they discovered the ruins of an old Kryptonian military base Fort Rozz inside of the Phantom Zone. Fort Rozz maintained its physical integrity and those residing in it could become solid again as well. Zod and Ursa conceived a son in Fort Rozz whom they named Lor-Zod. Through the child, the three Kryptonians were eventually able to break free of the Phantom Zone. They came to Earth to get revenge upon the last surviving Kryptonian, the son of their jailor – Superman.