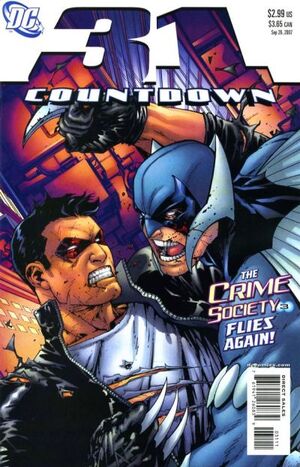 Synopsis for "The Origin of the Joker"Edit

The Joker was once a failed comedian who was manipulated into a life of crime. He adopted the costumed identity of the Red Hood and ran afoul of the Batman. During their initial confrontation at a chemical processing plant, the Red Hood fell into a vat of chemicals which turned his skin white, and his hair green. It also drove him insane. Since then, he has adopted the identity of the Joker and has become Batman's arch-nemesis.

Retrieved from "https://heykidscomics.fandom.com/wiki/Countdown_Vol_1_31?oldid=1697847"
Community content is available under CC-BY-SA unless otherwise noted.