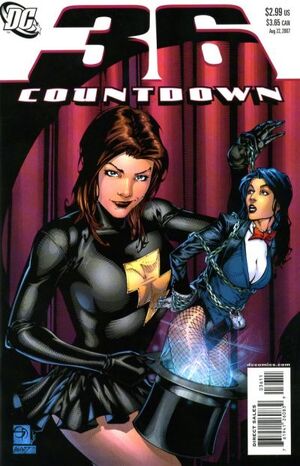 Synopsis for "The Origin of Deathstroke the Terminator"Edit

Slade Wilson was an army soldier who was injected with a serum that gave him enhanced strength, speed and reflexes. After retiring from the service, he adopted the identity of Deathstroke the Terminator and became a freelance mercenary. This dangerous lifestyle earned him many enemies and cost him his marriage, the life of one son, and nearly the life of another. When he discovered that his late son Grant had been operating as a H.I.V.E. agent known as the Ravager, Deathstroke agreed to fulfill Grant's contract by killing the Teen Titans. To this end, he manipulated the teen hero Terra into betraying the team. Years later, Deathstroke was united with the daughter he never knew he had - Rose Wilson. Rose eventually took up her brother's mantle of Ravager, but instead of fighting alongside Slade, decided to join with the Teen Titans. Although his actions may have cost him the love of his daughter, he is happy to know that she has found a new family in the Titans.