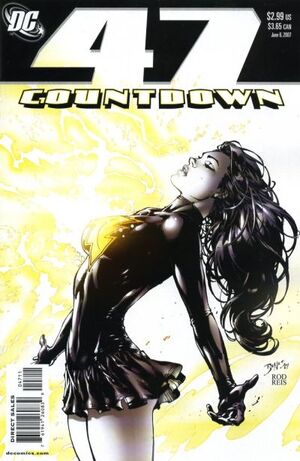 Appearing in "Bricks in the Wall"Edit

Synopsis for "Bricks in the Wall"Edit

Synopsis for "History of the Multiverse (Part III of XII)"Edit

The Monitors continue their analysis of the history of the Multiverse, particularly as it relates to Earth-based matters. Having already reviewed information relating to the initial meeting between the heroes of Earth-One and Earth-Two, they study subsequent encounters, which took placed on nearly a yearly basis. During one of such encounters, the heroes of each Earth discovered a third reality colloquially known as Earth-Three. As opposed to Earths One and Two, Earth-Three was dominated by an evil version of the Justice League known as the Crime Syndicate. The JLA and JSA later joined forces to stop the Anti-Matter Man from merging Earth-One with Earth-Two.