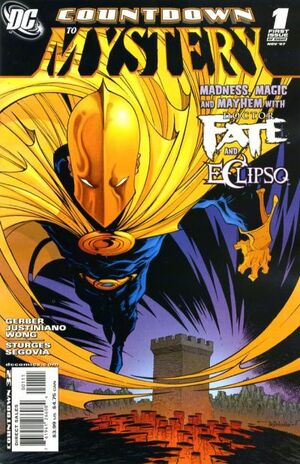 The Helmet of Fate has landed... on Kent Nelson - a man so far down on his luck, he doesn't know what luck is! The transformative nature of the helmet grants him powers he can't begin to comprehend... but will they make his life better, or even worse?

Appearing in "A Syzygy in Plastic, Part One: Occultation"Edit

Synopsis for "A Syzygy in Plastic, Part One: Occultation"Edit

Retrieved from "https://heykidscomics.fandom.com/wiki/Countdown_to_Mystery_Vol_1_1?oldid=1661964"
Community content is available under CC-BY-SA unless otherwise noted.