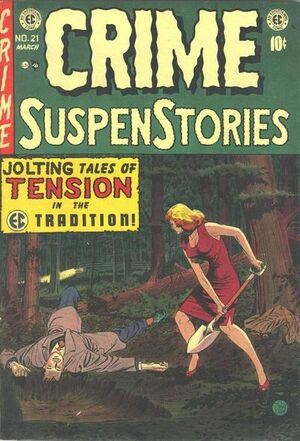 1 of 4
Add photo
A woman resents her older boy because he reminds her of the husband who walked out on her with another baby on the way but he never stops loving her. The police arrive at the house one evening because the younger boy is a spoiled punk who robbed a store. The older brother takes the rap for a five year sentence because he wants to spare his mother that pain. The younger brother is eventually shot by police and the older boy finishes his five year sentence and returns to his mother. He pours his heart out about what had happened with his brother but his mother refuses to speak or even look at him. He tells her if everything he has done is not worth her love he will kill himself and does so. He is unaware that the woman has been completely paralyzed since her younger son struck her on the back of the head with a gun when she threatened to phone the police to have them remove the weapon.

A man and woman each murder their abusive spouses and get away with it so that they can be with each other, but find that over time the same old abusive patterns reoccur.

Appearing in "In the Groove"Edit

Synopsis for "In the Groove"Edit

A radioman plots to murder his wife and use the station as his alibi by setting up enough selections that it will appear he is playing records at the time of his wife's death, but his scheme is undone when the needle gets stuck on the phonograph and one of the station personnel announces over the air that he's not in the booth.

A man murders his rich brother on the beach with an ax because he wants the inheritance. He wades into the surf to wash off the blood and is attacked by a shark.

Retrieved from "https://heykidscomics.fandom.com/wiki/Crime_SuspenStories_Vol_1_21?oldid=106863"
Community content is available under CC-BY-SA unless otherwise noted.