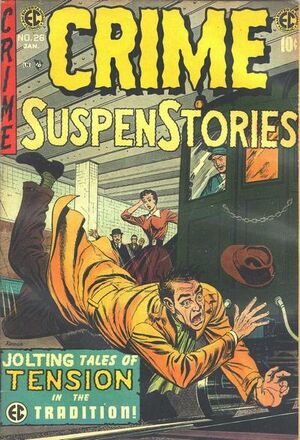 1 of 4
Add photo
A poor family move into a middle class neighborhood where they are treated with scorn. After several killings occur suspicion falls on the father because he drinks and says he thinks his tormentors would be better off dead. One evening his wife accuses him of committing the murders because of a bloody kitchen knife. The two struggle over the knife and the woman is impaled. Remorseful, the man stabs himself to death. The two detectives figure the man was the killer, but the ten year old boy admits to them that he was 'fixing' things for his father and now he's killed all those people for nothing.

A man suspects his wife and best friend of having an affair when they say that they are going to wrestling matches so he buys them first row tickets because he can watch the match on the tv and if they are not there he will have the proof he needs. When the bout is televised and the seats he paid for are vacant he draws the conclusion that his best friend and wife are cheating on him. When they return, even before the program is over, he blasts them with his gun. Only then does the announcer's voice come over the tv set and he realizes that he's been watching a wrestling bout that occurred in another state.

The fire chief is a pyromaniac.

When a man stabs his wife to death with a letter opener given to him by his lover, he steals money and flees the country. Eventually he finds that he misses his girlfriend so much he returns only to learn that she was electrocuted for the murder of his wife since her prints were all over the murder weapon.

Retrieved from "https://heykidscomics.fandom.com/wiki/Crime_SuspenStories_Vol_1_26?oldid=106868"
Community content is available under CC-BY-SA unless otherwise noted.