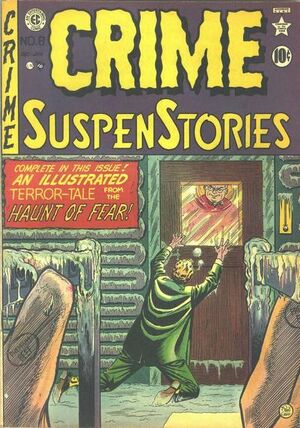 Appearing in "Out of the Frying Pan"Edit

Synopsis for "Out of the Frying Pan"Edit

1 of 4
Add photo
A man in a hospital bed makes up details about what he sees outside his window to entertain himself when there is really only a brick wall. Another patient who is temporarily blind is due to go on trial for murder when he recovers doesn't know the old man is talking nonsense so he attempts to escape out the window.

Appearing in "A Trace of Murder!"Edit

Synopsis for "A Trace of Murder!"Edit

A man hears about a local case of murder/suicide utilizing arsenic and gets the idea of murdering his wife with an untraceable poison so that he can be with his lover. Local pranksters swap headstones in the graveyard between his dead wife and the woman who was killed with arsenic. When he admits to his lover that his wife did not die but was murdered, she is filled with revulsion for his act and informs the police of the situation. The man denies the charges and they exhume his wife's body for tests. When the traces of arsenic are found, the man exclaims "I'm being framed! The poison I used leaves no trace!"

Appearing in "The Escaped Maniac!"Edit

Synopsis for "The Escaped Maniac!"Edit

A man picks up a hitchhiker in the rain when a report comes on over the radio that a homicidal maniac has escaped from an institution. The story is written to make the hitchhiker appear suspicious, but the end reveals that the driver is the lunatic who killed a motorist and switched clothes and then picked up the hitchhiker.

A chemist goes to a meat producer with a product based on an enzyme which will partially dissolve tough meats allowing them to be sold as higher quality meats for a cheap price. The producer doesn't wish to share the profits so he murders the chemist. When he slips on his rug, his secretary gives him what she thinks is water from the digestive enzyme container and he is digested from the inside out.

Retrieved from "https://heykidscomics.fandom.com/wiki/Crime_SuspenStories_Vol_1_8?oldid=106850"
Community content is available under CC-BY-SA unless otherwise noted.