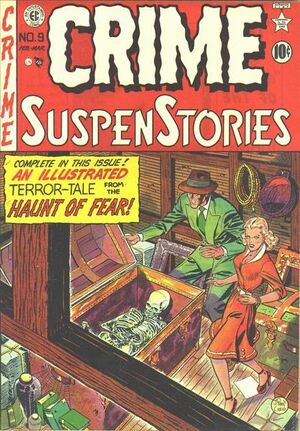 Appearing in "Understudy to a Corpse!"Edit

Synopsis for "Understudy to a Corpse!"Edit

1 of 4
Add photo
A man smothers his bedridden uncle and places the body in a trunk in the attic, then disguises himself to take his place long enough to have the lawyer name him beneficiary of the will only to fall victim to the nurse who poisons him because she has heard that she was named beneficiary.

A woman becomes paranoid that her surgeon husband's nurse is going to take him away from her so she resolves to poison him by putting poison in the medicine he takes daily at four o'clock and framing the nurse for the crime. The man is the only local surgeon that can relieve paralysis due to skull spikes present in the brain and the woman gets into an auto accident minutes before four o'clock and needs the surgery that only her husband can perform.

A standin is jealous of the fame of the actor he stands in for, so he decides to kill him and take his place. He guns the man down while he is mowing his lawn with a self-powered mover, but trips and strikes his head on the ground as he attempts to flee. Dazed, he opens his eyes just moments before the still-going mower rolls over his face.

Appearing in "A Tree Grows in Borneo!"Edit

Synopsis for "A Tree Grows in Borneo!"Edit

Two explorers discover a temple in the jungle with a roof made of gold and one of them becomes greedy and murders the other. He hides the body in the hollow of a tree and cements up the opening. Some time later, a storm breaks out and he takes shelter under the same tree and is torn to pieces by its branches.

Retrieved from "https://heykidscomics.fandom.com/wiki/Crime_SuspenStories_Vol_1_9?oldid=106851"
Community content is available under CC-BY-SA unless otherwise noted.