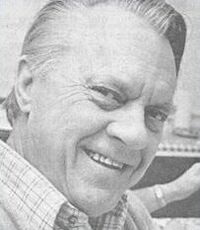 Swan is probably best known as the penciller for the Silver Age Superman titles, as well as the Legion of Super-Heroes. Swan succeeded Wayne Boring as the prime Superman artist.

He provided the pencils for Alan Moore's Whatever Happened to the Man of Tomorrow? which was Swan's final major contribution to the series, though he would later occasionally return for special occasions.

Retrieved from "https://heykidscomics.fandom.com/wiki/Curt_Swan?oldid=149865"
Community content is available under CC-BY-SA unless otherwise noted.