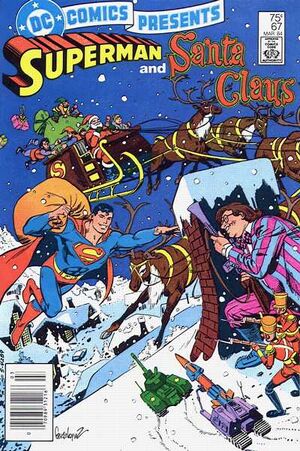 Appearing in "Twas the Fright Before Christmas!"Edit

Synopsis for "Twas the Fright Before Christmas!"Edit

The Toyman plans to make heists and destroy Superman on Christmas Eve with the help of gimmicked toys, but Santa Claus lends the Man of Steel a hand against his old enemy, and gets a hand in return in delivering toys to Metropolis children.

Retrieved from "https://heykidscomics.fandom.com/wiki/DC_Comics_Presents_Vol_1_67?oldid=1421975"
Community content is available under CC-BY-SA unless otherwise noted.