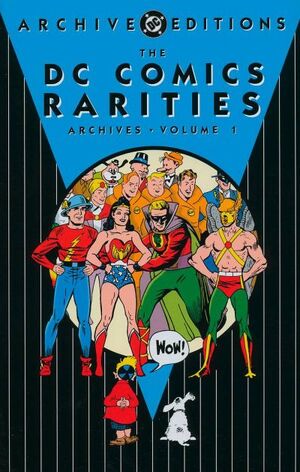 Appearing in "Superman at the World's Fair"Edit

Synopsis for "Superman at the World's Fair"Edit

Superman hears that the committee is going to nominate Tom North as governor. He gets the information to press before it has been publicly released. The chief sends him and Lois Lane to cover the New York World's Fair. As the train is taking them to New York, Kent discovers that it's about to crash into another train. He leaps in between the two trains, and uses his strength to bring them to a stop.

When they get to the World's Fair, he hears about an exhibit on infantile paralysis that is not going to be able to be finished in time, he springs into action. He completes the necessary excavations, drives pilings into the swamp, and completes the exhibit.

He jumps to the top of the Trylon in order to locate Lois Lane. He catches up with her, and they run into Nick Stone, a noted criminal. He decides to pretend to be knocked unconscious to see what happens. Stone takes Lane back to his hideout and tells her his plan: to have his henchmen steal the Rhanee jewels that are being exhibited when the fireworks go off.

As he's about to shoot Lane, Superman shows up. He snatches the bullet out of the air just two inches from her head. Superman rushes back to the world's fair just as the fireworks are going off. He gets to the ground just as the two crooks drive off. He chases after them, pulls them out of the car, and drags them back to the police. And for good measure, he saves a parachutist whose chute has failed to open. Lois Lane jumps on him at just that moment. She plants a kiss on his cheek before he's able to jump off.

Retrieved from "https://heykidscomics.fandom.com/wiki/DC_Comics_Rarities_Archives_Vol_1_1?oldid=1422009"
Community content is available under CC-BY-SA unless otherwise noted.