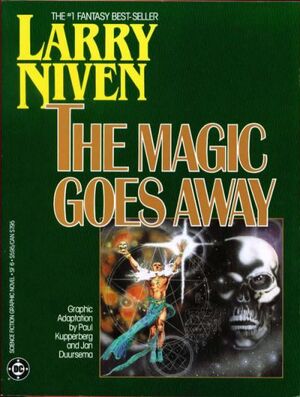 Appearing in "The Magic Goes Away"Edit

Synopsis for "The Magic Goes Away"Edit

Magic is fading from Earth, so a group of magicians come up with a plan to draw down the moon as a great source of magic. To accomplish this end, they travel north upon a quest to seek out a sleeping god of the frost giants. They are joined by a warrior seeking redemption who is the last survivor of a Greek raiding party who eliminated the Atlantean priests thus resulting in the destruction of Atlantis when the spells holding the island above water failed.

Retrieved from "https://heykidscomics.fandom.com/wiki/DC_Science_Fiction_Graphic_Novel_Vol_1_6?oldid=1422045"
Community content is available under CC-BY-SA unless otherwise noted.