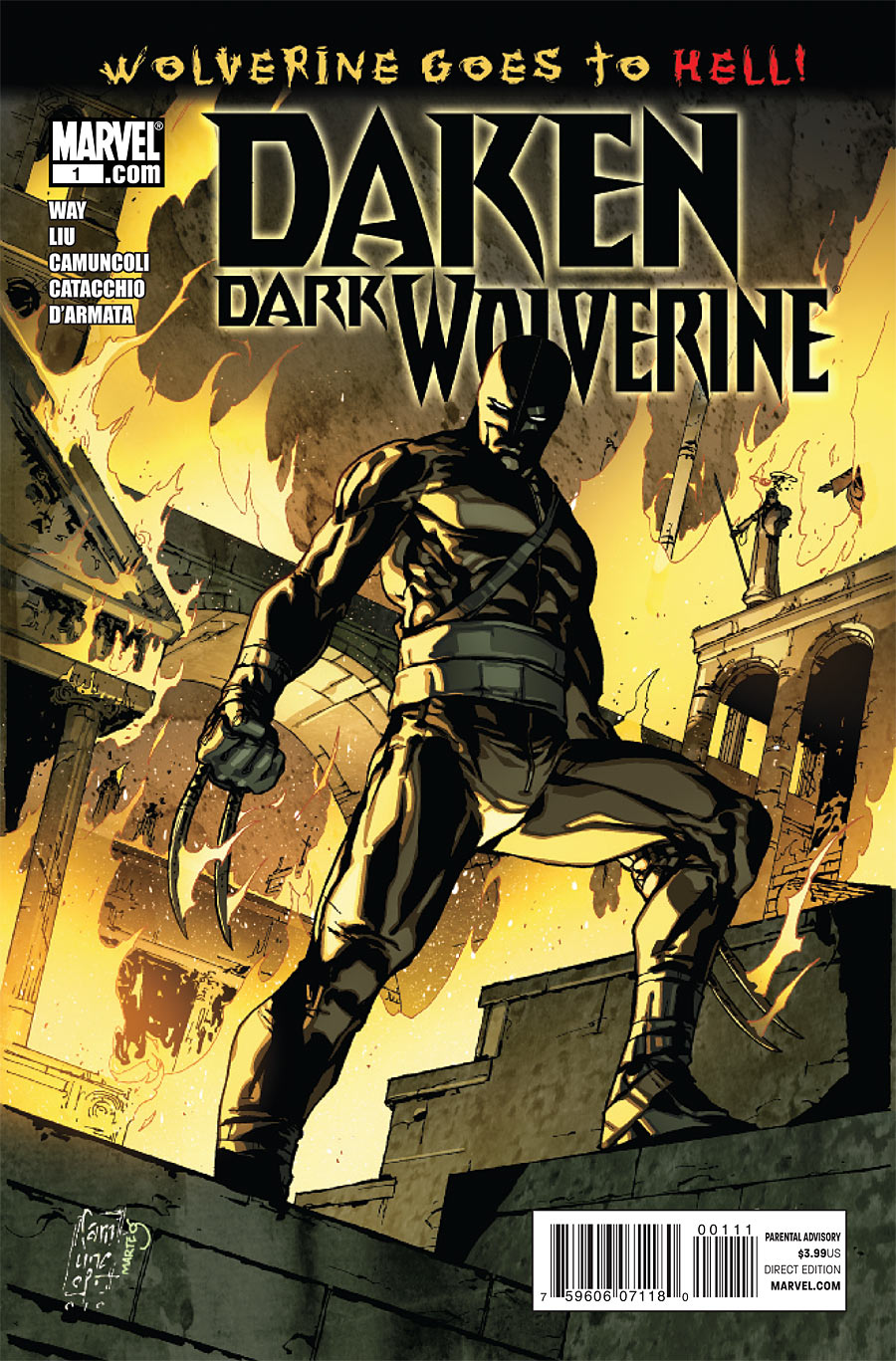 Now, I will live in my own shadow. I will become a shadow. As well as the light that creates it. My time has come. Beware the fury of a patient man.

Retrieved from "https://heykidscomics.fandom.com/wiki/Daken:_Dark_Wolverine_Vol_1_1?oldid=1420305"
Community content is available under CC-BY-SA unless otherwise noted.