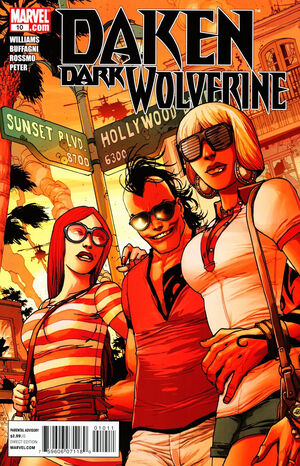 I've been in L.A. for two weeks. I was given the impression that, since the Pride fell, Los Angeles was there for the taking. But persons unknown appear to have taken it. It's slightly difficult to kill your way to the top when you don't know who to kill.

Retrieved from "https://heykidscomics.fandom.com/wiki/Daken:_Dark_Wolverine_Vol_1_10?oldid=1420314"
Community content is available under CC-BY-SA unless otherwise noted.