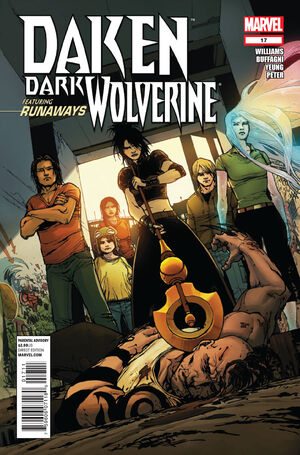 Question: How do you kill a member of the Pride? Answer to earlier question: I don't know. But I heard about some kids who do.

Retrieved from "https://heykidscomics.fandom.com/wiki/Daken:_Dark_Wolverine_Vol_1_17?oldid=1515790"
Community content is available under CC-BY-SA unless otherwise noted.