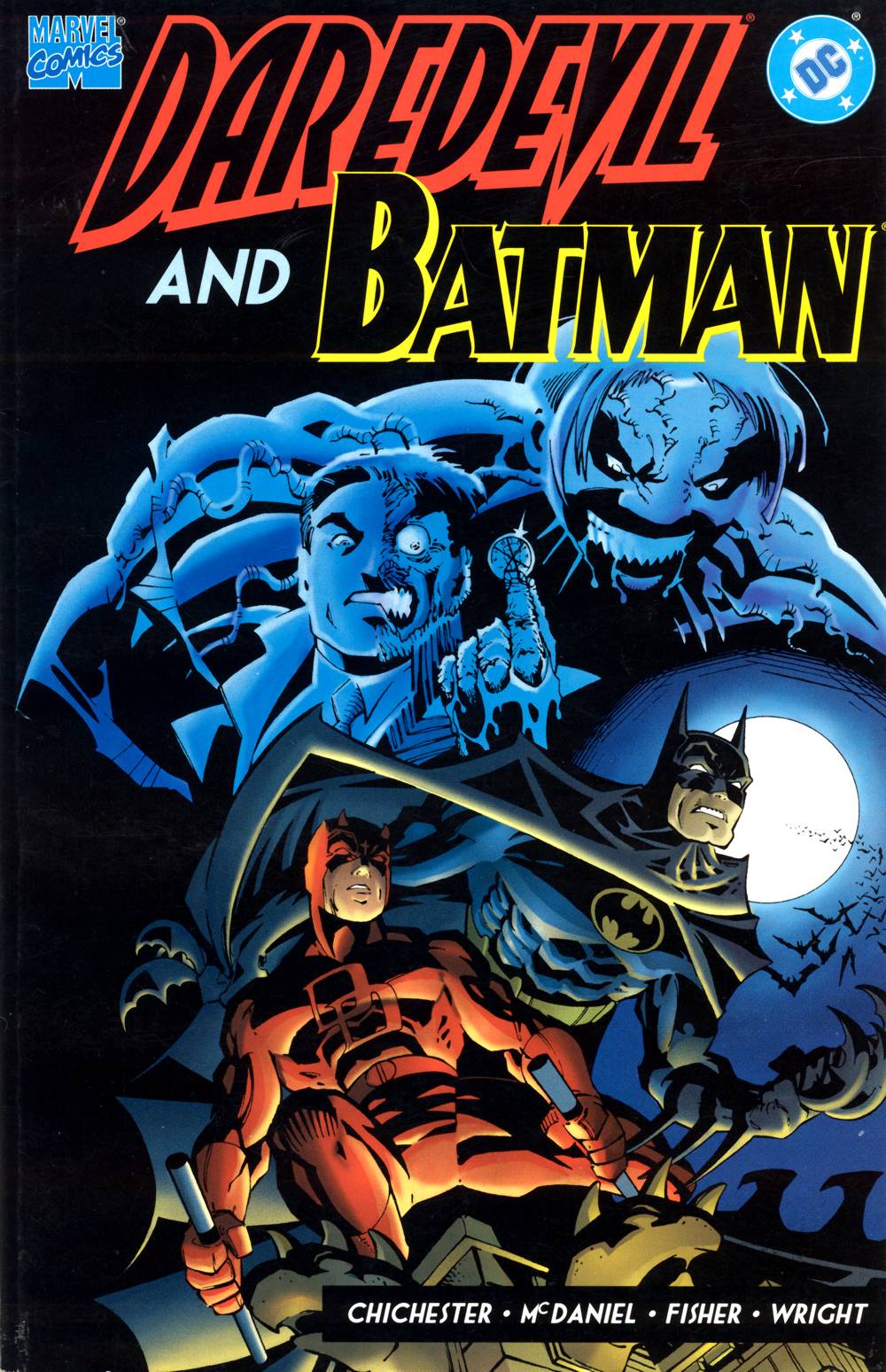 Appearing in "Eye for an Eye"Edit

It's Billy Club vs. Batarang when DD meets the Dark Knight. When you think about it, Daredevil and Batman have a lot in common. Both lost their parents at a young age, both prowl urban jungles, and both strike fear in the hearts of superstitious and cowardly criminals. So why are they at each other's throats? Maybe it's because Batman has chased Two-Face and Mr Hyde into the Big Apple and is soon to learn that he's not in Gotham City anymore.

Retrieved from "https://heykidscomics.fandom.com/wiki/Daredevil/Batman_Vol_1_1?oldid=1421581"
Community content is available under CC-BY-SA unless otherwise noted.