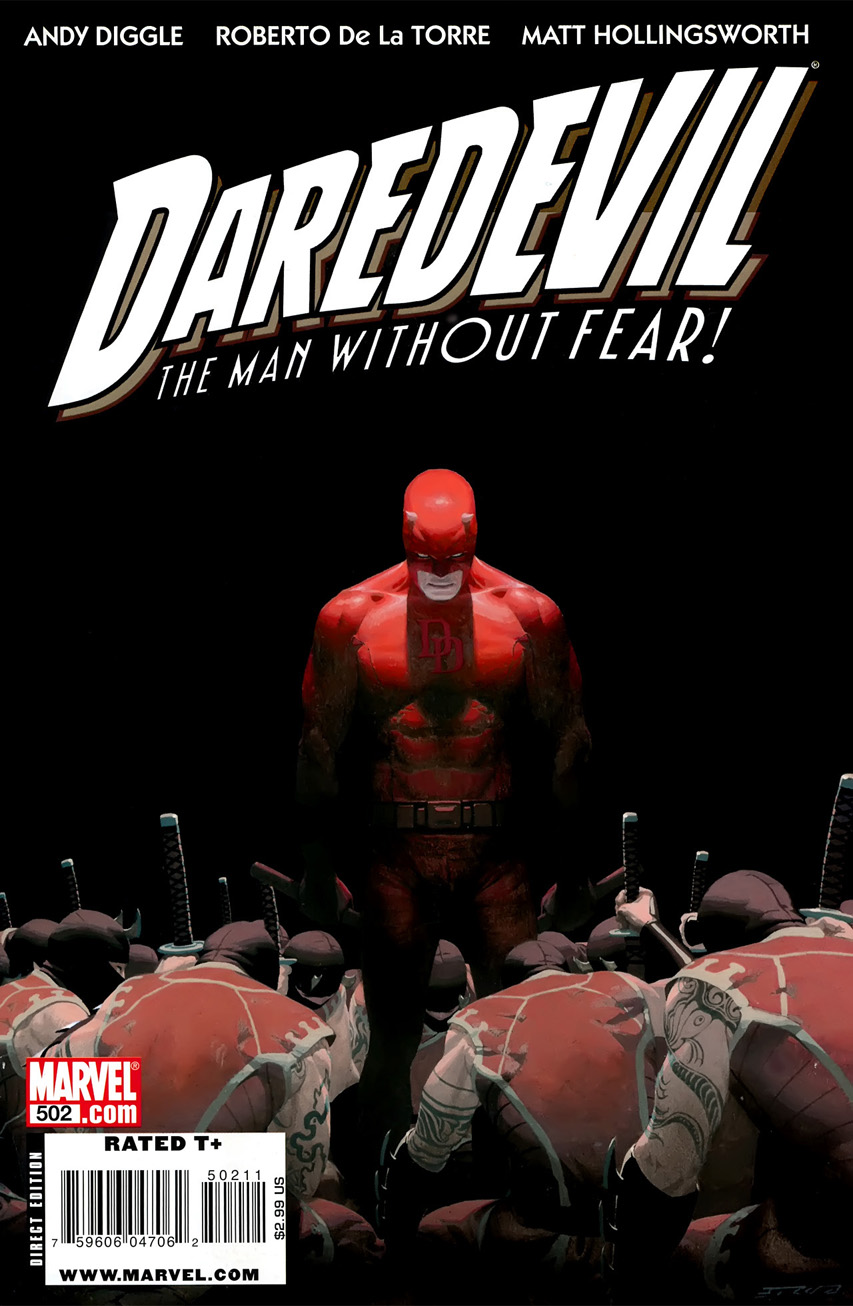 Matt Murdock's spiral of self-destruction spins out of control and threatens to consume everybody! After painting a target on his own back in DAREDEVIL #500, Matt's got dozens of new enemies...including some old foes and familiar faces! The scorching new arc by the creative team of Andy Diggle (THUNDERBOLTS) and Roberto De La Torre (IRON MAN) intensifies...now's the time to jump on!

Retrieved from "https://heykidscomics.fandom.com/wiki/Daredevil_Vol_1_502?oldid=1420760"
Community content is available under CC-BY-SA unless otherwise noted.