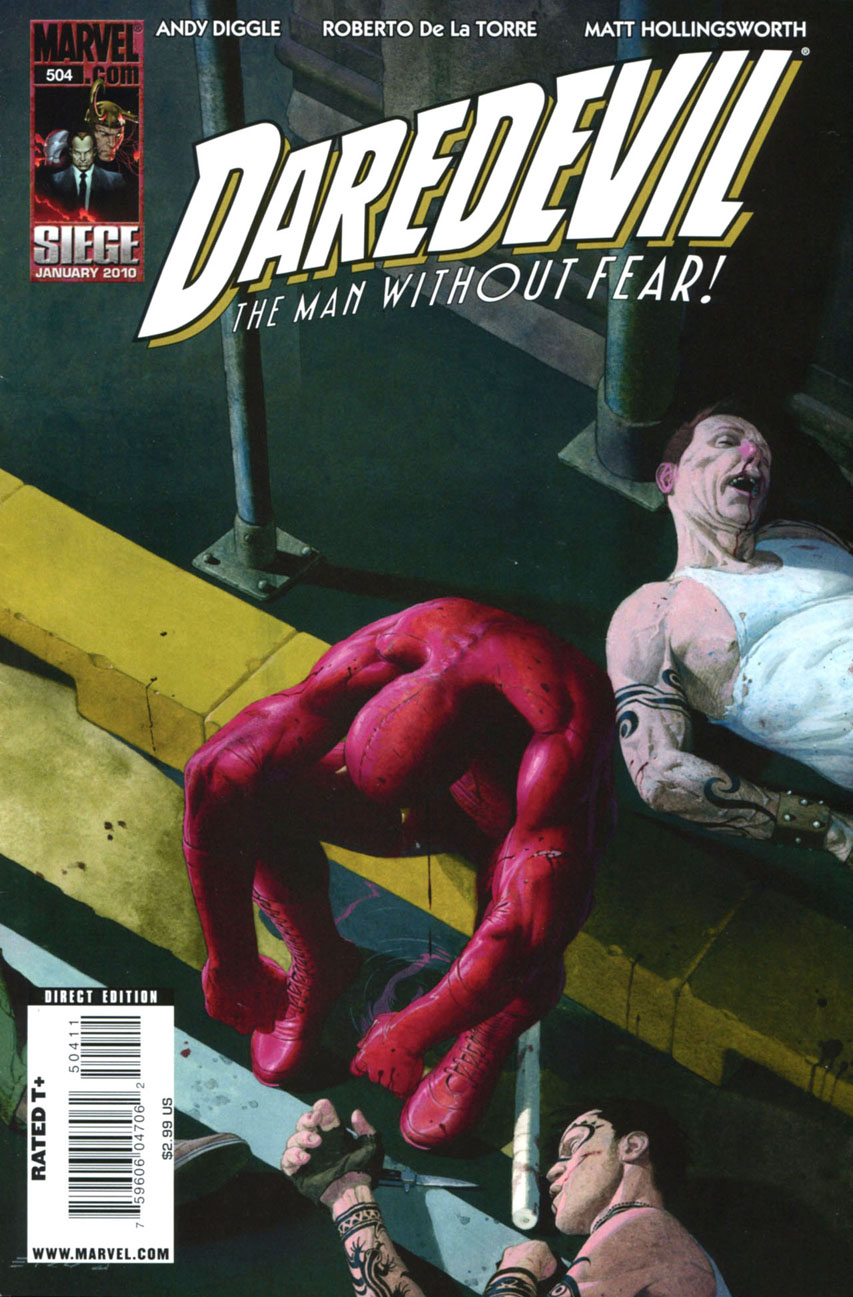 The first story arc from the creative team of Andy Diggle (THUNDERBOLTS) and Roberto De La Torre (IRON MAN) reaches its shattering climax. Backed-up by the ruthlessly loyal ninja army known as The Hand, Daredevil declares war on a murderous cadre of dirty NYPD cops -- and Hell's Kitchen is the battleground! But can Foggy Nelson and Dakota North find out who's really behind the recent spiral of violence before the city burns?

Retrieved from "https://heykidscomics.fandom.com/wiki/Daredevil_Vol_1_504?oldid=1730284"
Community content is available under CC-BY-SA unless otherwise noted.