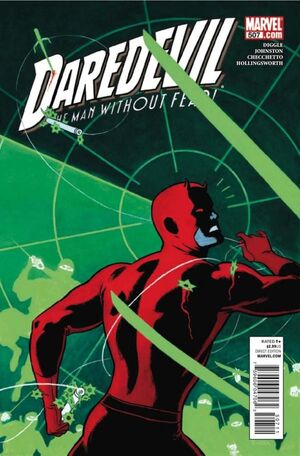 LEFT HAND PATH concludes as the enemy faced by Daredevil in Japan is revealed as a precursor to the much larger threat awaiting him back in New York. Shadowland is coming...And it will change Matt Murdock forever!

Retrieved from "https://heykidscomics.fandom.com/wiki/Daredevil_Vol_1_507?oldid=1420765"
Community content is available under CC-BY-SA unless otherwise noted.