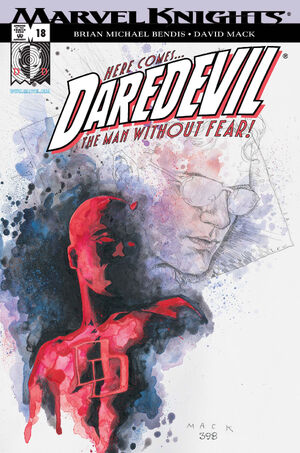 Appearing in "Wake Up Part 3"Edit

Synopsis for "Wake Up Part 3"Edit

Ben wrestles with his objectivity as a journalist in his investigation of the Leap Frog's son; Ben ditches Kingpin's trial (which he is supposed to be covering for the Bugle) in order to follow the story he personally feels is more important; Ben finally tracks down Matt to ask him what happened.

Retrieved from "https://heykidscomics.fandom.com/wiki/Daredevil_Vol_2_18?oldid=1420789"
Community content is available under CC-BY-SA unless otherwise noted.