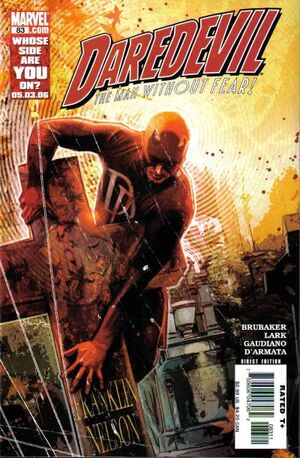 Appearing in "The Devil In Cell-Block D, Part 2"Edit

Synopsis for "The Devil In Cell-Block D, Part 2"Edit

Matt is released from prison long enough to attend Foggy's funeral; The courts determine that Matt should not be given special treatment and place him into general population where he has a violent confrontation with the Owl.

Retrieved from "https://heykidscomics.fandom.com/wiki/Daredevil_Vol_2_83?oldid=1420854"
Community content is available under CC-BY-SA unless otherwise noted.