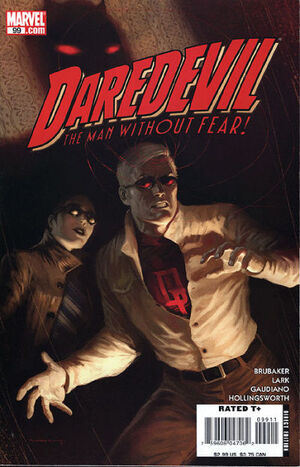 Appearing in "To the Devil, His Due Part Five"Edit

Synopsis for "To the Devil, His Due Part Five"Edit

With Melvin back in custody, DD finally hits the streets to get to the bottom of who drove the Gladiator mad and has been messing in Matt Murdock's life; He finds the culprit, and is surprised by the discovery; In a moment of jealous anger directed toward Lily, Milla accidentally kills a man.

Retrieved from "https://heykidscomics.fandom.com/wiki/Daredevil_Vol_2_99?oldid=1730491"
Community content is available under CC-BY-SA unless otherwise noted.