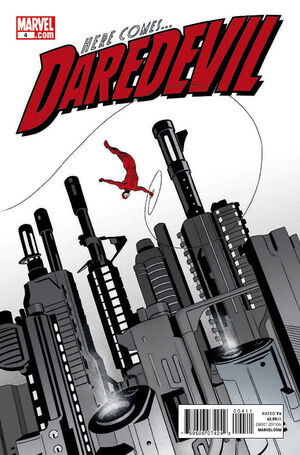 THE DEATH DEFYING DEBUT OF MARCOS MARTIN! Matt Murdock begins his new career--one that will expose Daredevil to crime and evil in a whole new way! If you thought the odds were against Matt as a trial lawyer, you won't believe the challenges his new job brings--and what they'll do to his private life!

Retrieved from "https://heykidscomics.fandom.com/wiki/Daredevil_Vol_3_4?oldid=1420894"
Community content is available under CC-BY-SA unless otherwise noted.