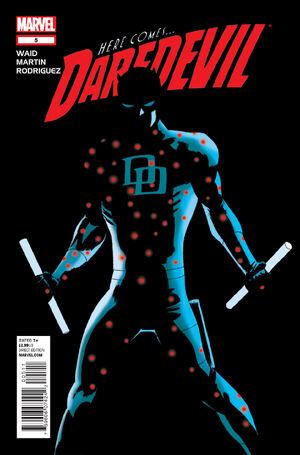 THE DEATH DEFYING DEBUT OF MARCOS MARTIN! One honest man -- just one -- exists in the vast criminal corporation known as Roxxon Oil, and Daredevil has to find him before a nightmarish disaster claims the entire Eastern Seaboard! Can DD get to him in time--or will this issue's surprise villain get to him first?

Retrieved from "https://heykidscomics.fandom.com/wiki/Daredevil_Vol_3_5?oldid=1420895"
Community content is available under CC-BY-SA unless otherwise noted.