View source
Part of the 'No Devils, Only God' story arc 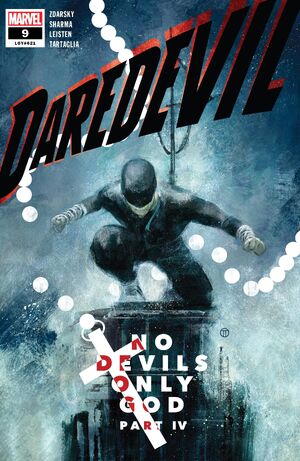 Well, I suppose for you then, the question is... is your faith in the interpreted word of God? Or is it in what God has taught you? The moral center he's given you?

Appearing in "No Devils, Only God: Part 4"Edit

• There’s a new DAREDEVIL in town, and Matt Murdock has no idea who it is!

• Neither does Cole North, the tough-as-nails detective who’s been hot on the Guardian Devil’s trail for weeks.

• Can Matt Murdock truly live a life without Daredevil? Can Cole?