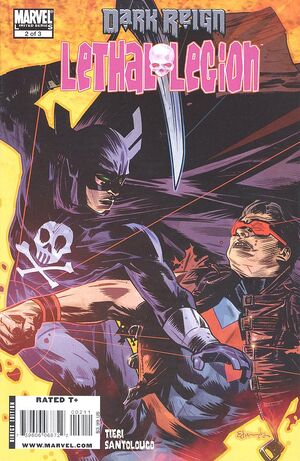 Put up your dukes as Wonder Man joins the fight…or is that starts one? Find out what was big enough to bring heroes and villains together, who thinks they’re powerful enough to bring down Norman Osborn! The mystery unravels as the Lethal Legion gets closer to finding the traitor in their midst and it’s every man for himself!

Retrieved from "https://heykidscomics.fandom.com/wiki/Dark_Reign:_Lethal_Legion_Vol_1_2?oldid=1727374"
Community content is available under CC-BY-SA unless otherwise noted.