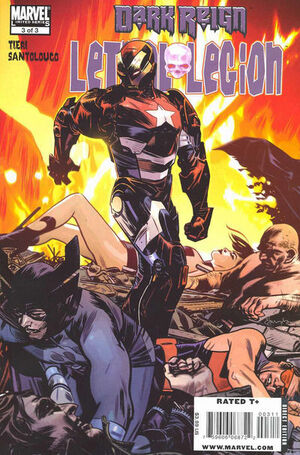 The mysterious circumstances surrounding the final showdown between the Lethal Legion and the Dark Avengers are finally revealed! What could have happened that day that forever altered Marvel’s criminal underworld as we know it? Twists, turns, terror—and a shocking conclusion you won’t want to miss!

Retrieved from "https://heykidscomics.fandom.com/wiki/Dark_Reign:_Lethal_Legion_Vol_1_3?oldid=1647432"
Community content is available under CC-BY-SA unless otherwise noted.