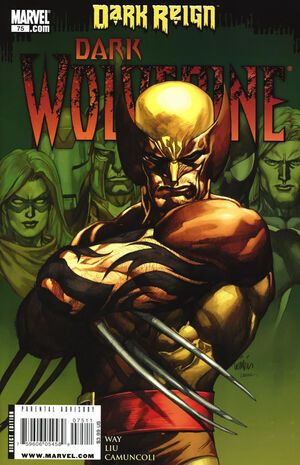 Appearing in "The Prince Part 1"Edit

Wolverine’s son, Daken, has emerged from the shadows.

Angered by his father’s absence and empowered by his ties to the Dark Avengers,

Daken sets out to cut a bloody swath across the Marvel Universe!

Retrieved from "https://heykidscomics.fandom.com/wiki/Dark_Wolverine_Vol_1_75?oldid=1649858"
Community content is available under CC-BY-SA unless otherwise noted.