Start a Wiki
Part of the 'Franken-Castle' story arc 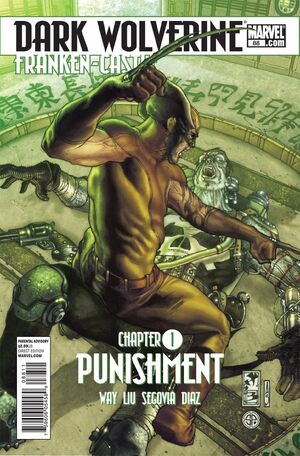 As Daken is in Japan looking for Muramasa, Frank Castle is also in Japan, looking for Daken. When Daken enters an elevator, Frank cuts the cables and draws first blood. After a brutal fight, Franken-Castle breaks Daken's arms, Frank escapes to recover. But the fight is not over...

Retrieved from "https://heykidscomics.fandom.com/wiki/Dark_Wolverine_Vol_1_88?oldid=1722236"
Community content is available under CC-BY-SA unless otherwise noted.