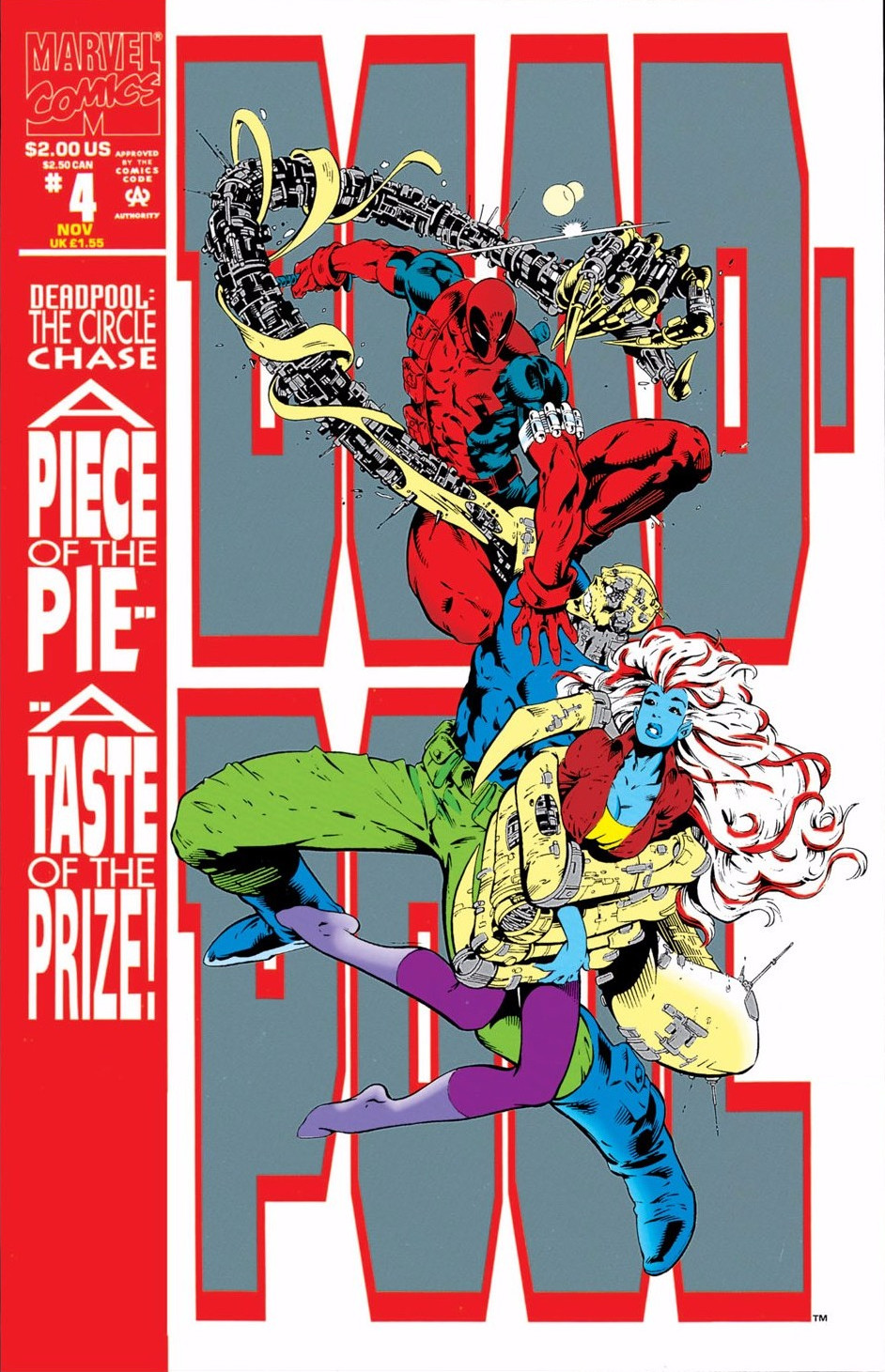 AAAAAAAAGHHH!! Packing chips! That's the greatest weapon on the face of the planet -- styrofoam packing chips! Just imagine getting nailed by some of these babies! Oh the humanity!

Deadpool and Weasel find Tolliver's estate in Nepal, and get in, taking out the monks that live there, only they've been followed by Weapon X. Inside, Slayback is waiting for them with Copycat, they all begin to fight, but accidentally activate Tolliver's weapon in the process - an A.D.A.M. Unit. It neutralizes and completely disintegrates Slayback, and is about to do the same to Deadpool when he tells it that he is the only thing that can save Copycat's life. He has her absorb some of his healing abilities, and she begins to heal from being impaled by Slayback earlier. The A.D.A.M. Unit then leaves, as does Weapon X, saying that he's tired of hating Deadpool's guts. Deadpool feels like he's turned over a new leaf, and takes some gold items from the monastery as payment.

Retrieved from "https://heykidscomics.fandom.com/wiki/Deadpool:_The_Circle_Chase_Vol_1_4?oldid=1423708"
Community content is available under CC-BY-SA unless otherwise noted.