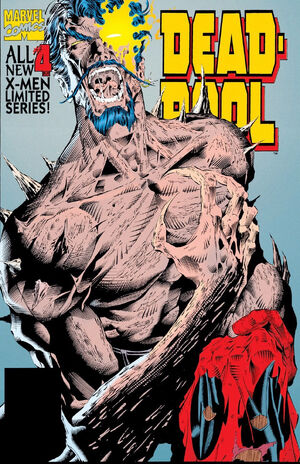 His mission in “Secret Invasion” completed, Deadpool goes back to business as usual, completely unaware that he’s been sold up the river by a villain of incalculable guile -- a villain who won’t soon forget -- or forgive -- Wade’s sins. As the Skrull War winds to its climactic conclusion, the Merc with a Mouth has no idea that the worst for him is yet ahead.

Retrieved from "https://heykidscomics.fandom.com/wiki/Deadpool_Vol_2_4?oldid=1658702"
Community content is available under CC-BY-SA unless otherwise noted.