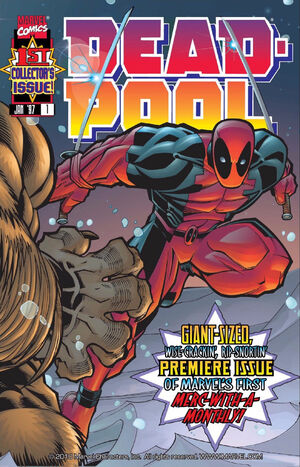 Appearing in "In Wade We Trust"Edit

Dead former United States presidents, from George Washington to Gerald Ford have been resurrected, and that’s BAD. The Marvel heroes can’t be the ones to stop them, someone is needed with the reputation, skills and plausible deniability to take out these com-monsters in chiefs...NOW! is the time for Deadpool… In Wade We Trust!

Retrieved from "https://heykidscomics.fandom.com/wiki/Deadpool_Vol_3_1?oldid=1726400"
Community content is available under CC-BY-SA unless otherwise noted.