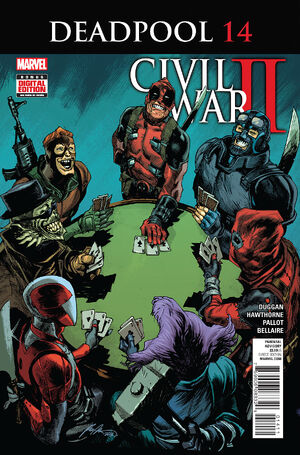 • Deadpool and the Mercs for Money are clearly the best team in the Marvel Universe.

• So naturally when there is a cosmic-level threat, they’ll be there.

• Oh — also, they get along REALLY WELL.

• This arc is going to be all about happy people getting along, right?