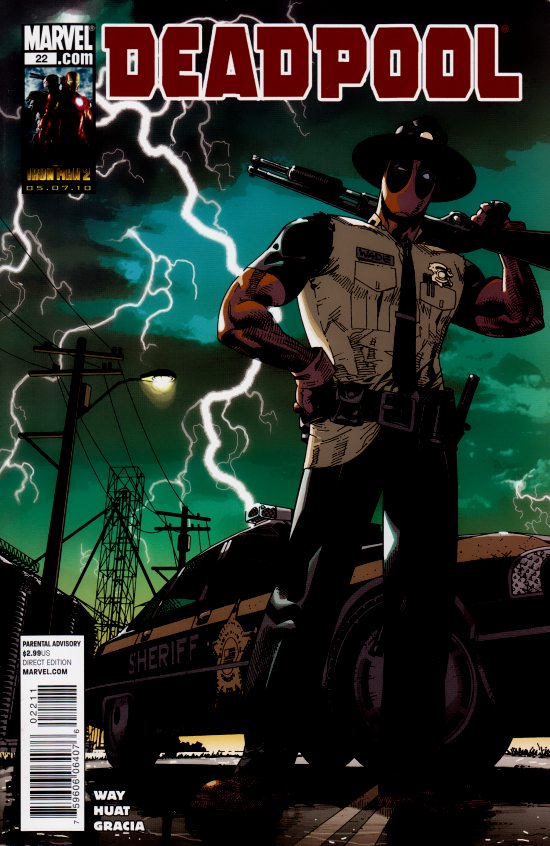 I'm feeling a little emotionally vulnerable after the Unity Squad imploded, and financially insecure after the Deadpool merchandise slowed down. But I'm trying to keep my chin up.

• Has Madcap finally orchestrated the perfect revenge on Deadpool?

• Has he really found a way to kill Wade once and for all?

• Or…could it actually be WORSE than that?

Retrieved from "https://heykidscomics.fandom.com/wiki/Deadpool_Vol_4_22?oldid=1653349"
Community content is available under CC-BY-SA unless otherwise noted.