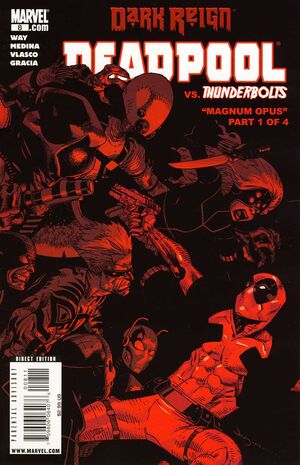 Appearing in "Nightmare on Memory Lane"Edit

Deadpool has no idea that he killed his own parents. SHHH! Don’t tell! Only problem is...he’s investigating whodunit, swearing vengeance. Don’t worry! He thinks SABRETOOTH did it! This is gonna be a fun fight.

Retrieved from "https://heykidscomics.fandom.com/wiki/Deadpool_Vol_4_8?oldid=1653035"
Community content is available under CC-BY-SA unless otherwise noted.