Start a Wiki
Part of the 'The New 52', and 'Deathstroke: Legacy' events 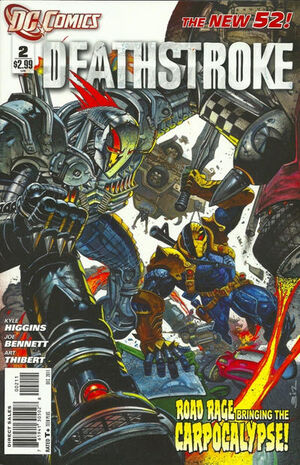 Deathstroke's tactical prowess is put to the test when the man who hired him attempts to renege on the contract. Pitted against a salvo of new assassins, including the vicious Road Rage, Slade must take his giant sword to the 405 freeway and proclaim himself the most vicious killer in the city of Angels!

Retrieved from "https://heykidscomics.fandom.com/wiki/Deathstroke_Vol_2_2?oldid=1661997"
Community content is available under CC-BY-SA unless otherwise noted.