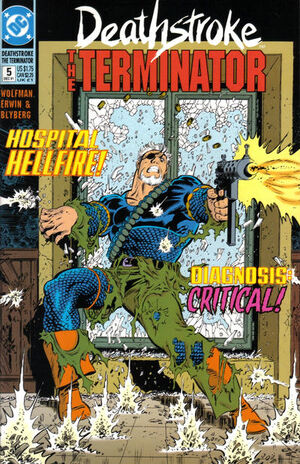 The last time I wanted to kill you I accidentally took out your eye. I won't make that mistake again. Get out, Slade. Don't ever come back. If I ever see you again, you're dead.

Retrieved from "https://heykidscomics.fandom.com/wiki/Deathstroke_the_Terminator_Vol_1_5?oldid=1422538"
Community content is available under CC-BY-SA unless otherwise noted.