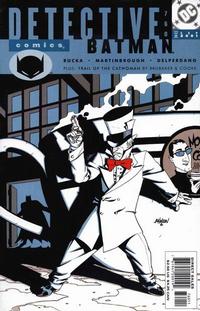 Synopsis for "Trail of the Catwoman, Part Two"Edit

Investigating Catwoman and her potential connection to the late Selina Kyle, Slam Bradley discovers that all is not as it seems. The mob is very, very interested in his investigations and when Kyle's body is exhumed, it turns out that someone else is in her grave.

Retrieved from "https://heykidscomics.fandom.com/wiki/Detective_Comics_Vol_1_760?oldid=1668309"
Community content is available under CC-BY-SA unless otherwise noted.